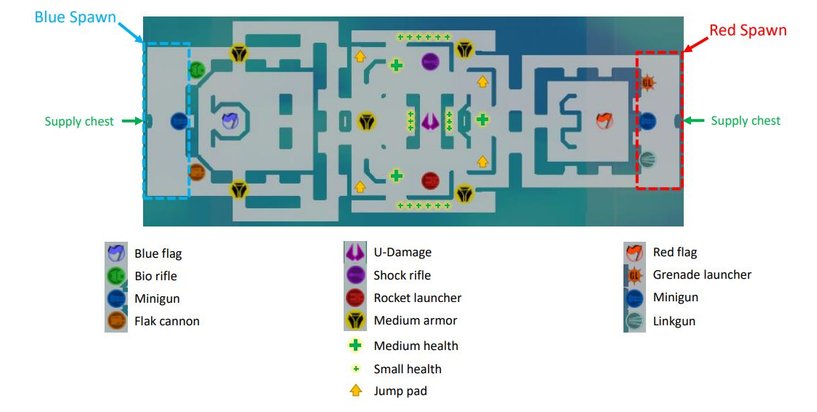 The goal was to create a compact Capture The Flag map for 8 players, and to have it be evenly balanced without actually being symmetrical in terms of both teams' bases looking the same.

I had a lot of fun doing hands-on gameplay balancing, and to practically apply how level design decisions impacted the flow of a match. 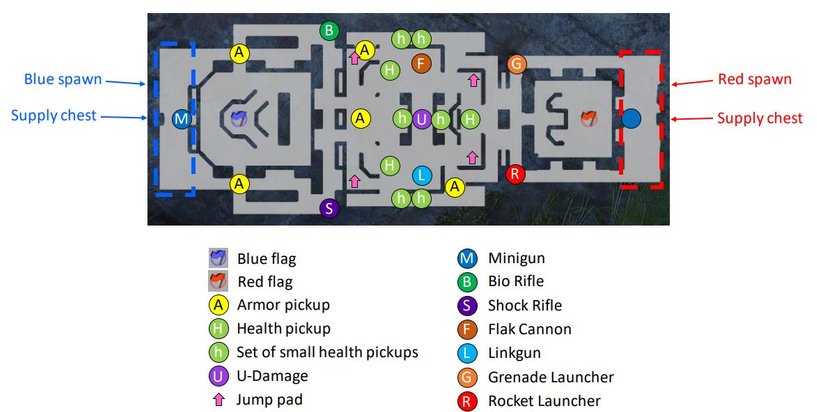 I did a lot of automated testing with teams of bots, and iterated and tweaked the level based on the results.

It turned out that the level layout was actually fairly balanced from the start and that the feature that by far affected the match balance the most was the weapon types and placements, so they ended up changing significantly in the Beta version.

Except for some layout tweaks in the blue base, the level layout itself didn't change that much from the Alpha version.

It would be very interesting to see how accurate the bot testing would actually be in predicting match balance with human players.